February is Career and Technical Education (CTE) month. This year’s theme, “Celebrate Today, Own Tomorrow,” highlights schools like Meridian Technology Center that prepare students for success whether they are college or career bound. By partnering with the business community, CTE programs invest in students’ lives with the latest technology and skills that will prepare them to become successful employees as well as future leaders. 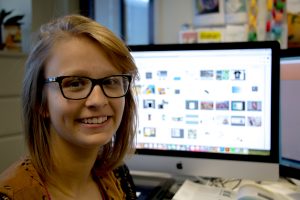 Digital Media student Kaelynn Kirkpatrick spent her summer building her business, Through the Lens Photography. She’s quickly turned into one of Morrison’s go-to photographers, documenting memorable moments for expectant mothers, newborns and even her classmates’ senior photos. In addition to attending Tech, she stays busy at Morrison High School as the senior class reporter, cheer manager and yearbook photographer. When she graduates from Meridian, Kirkpatrick plans to attend college and become a youth minister and photographer. 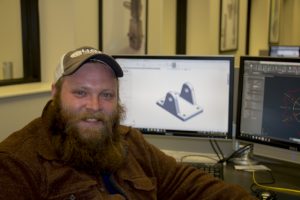 Drafting His Own Plans

Matthew Thomas never really thought of himself as the leader. In high school, the Stillwater student was involved in activities that ranged from athletics to competitive choir, but never wanted to be in the spotlight.  When he enrolled in the Computer Aided Drafting program as an adult student, he planned to stay under the radar.

It didn’t take long for Matthew’s leadership potential to shine through. Within weeks, his instructor encouraged him to not only join SkillsUSA, the CareerTech Student Organization associated with his program, but also to run for a local office. Once he had a little bit of experience under his belt, Matthew took things one step further and became a state officer for the organization.

He spent last year serving other SkillsUSA members across the state, simultaneously giving back and growing his personal and professional skills. This summer he accepted a drafting job at Universal Surveying and Mapping in Stillwater, where he’s working part time with civil engineers while he’s completing Meridian’s Computer Aided Drafting program. He will transition to a full-time position after graduation. 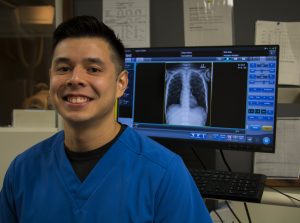 Growing up Christian Wood was fascinated by the certainty of science and the subjectivity of art. In fact, the Perkins student says it was the “art of the image” that drew him to the Radiologic Technology program at Tech. Over the course of the last year his training has taken him into the labs of some of the state’s top hospitals where he’s honed his imaging skills while learning from industry professionals. Whether he’s preparing a patient for the imaging process or positioning them for an X-ray, Christian’s attention to detail and calm demeanor are proving to be an important asset. Christian is only halfway through his training at Tech, and he’s already accepted a job as a student radiologic technologist at Stillwater Medical Center. 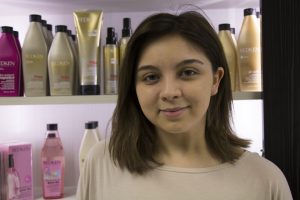 Cosmetology student Gillian Miller remembers being 10 years old and coming to the salon at Meridian. Her mom was a student in the Cosmetology program, and there were times that she’d have to tag along. Fast forward seven years. Gillian was accepted into the Cosmetology program and as fate would have it, she was assigned to her mom’s former station. Gillian is a receptionist at Glow Salon in Stillwater where she is also a student in their in-house associate program. Upon her completion of her training at Tech and passing her state board exams, Gillian will start seeing clients of her own at the salon.

This is just a snapshot of the achievement of nearly 300 Meridian students who will graduate this year. Students who complete their career training at Meridian continue on to higher education or a job related to their program of study at a rate of nearly 90 percent. Whether students are college or career bound, their decision to become Meridian Made is a meaningful step on their journey to success.