“I am truly honored by this recognition,” Zannotti said during her acceptance speech. “There are very few times in my life that I’ve been left speechless. This was one of them.”

In Zannotti’s role at Meridian, she is actively engaged in a variety of community service activities and boards. She regularly connects needs in the community with staff volunteers at Meridian. She also works with the Meridian Technology Center Foundation to match students who have financial needs to donors who want to make a difference.

Outside of work, Zannotti serves as on the Stillwater City Council. In this role, she is responsible for developing policies, passing ordinances and approving the city’s budget. As a council member, she is a trustee for the Stillwater Utilities Authority and the Stillwater Economic Development Plan. She was recently named the chair of the Tourism Committee. Zannotti is also the co-creator of Merry Main Street, a new holiday event that includes rotating vendors and entertainment in Stillwater’s Block 34 location.

Zannotti can frequently be found volunteering with running fundraisers, working community events in Meridian’s partner communities or serving on committees to promote economic development. She is a member of the Guthrie and Perry chambers of commerce and an alumna of Leadership Guthrie and Leadership Oklahoma. She is a graduate of the Leadership Stillwater Class XI and a lifetime member of LSAA.

While service is very much a part of Zannotti’s life, she believes that the ability to make an impact in the community is something that everyone is capable of.

“When it comes to service, it’s not about being the best. It’s about having the passion,” she said. “Stillwater has so many opportunities for people to get involved. If you have an area that you want to serve, there likely is a need you can help fill.” 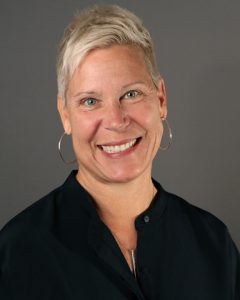