The Stars of Excellence award recognizes the accomplishments and commitment of individuals who make significant contributions to the organization. Ray is the 22nd individual to receive this award.

The National Technical Honor Society began in 1984 and honors excellence in workforce education. Oklahoma’s chapter was established a few years after the national organization. Both entities exist to honor student achievement and leadership in career and technical education, promote educational excellence, award scholarships and enhance career opportunities for members.

Ray began her career in education in 1998 in the marketing department at Great Plains Technology Center in Lawton. She transitioned into the classroom the following year and taught Graphic and Imaging Technology at the school for the next decade. Before joining Meridian in 2010, Ray spent a brief period as the CareerTech liaison with Lawton Public Schools.

Ray’s role at Meridian allows her to be the first contact for students who want to take their time at Tech to the next level through CareerTech Student Organizations and the National Technical Honor Society. Ray has been involved in the OkNTHS Executive Council at Meridian since 2012. In 2013, she started the OkNTHS T-shirt Design Contest, a statewide student-driven competition. In 2014, Ray accepted leadership roles at the state level becoming the Chair-elect and then the Chairperson for the Oklahoma National Technical Honor Society. 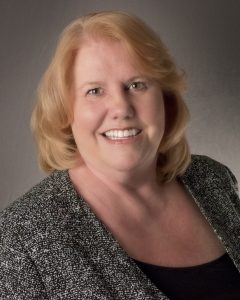