The Association for Career and Technical Education (ACTE) 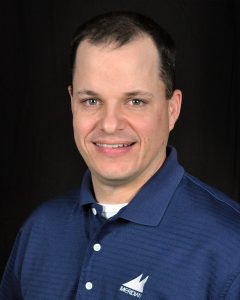 Hicks won the Oklahoma Postsecondary Teacher of the Year award in August 2016 after competing against other divisional postsecondary CareerTech teachers during the Oklahoma Department of Career and Technology (CareerTech) Education’s annual Summer Conference. He advanced to the regional level and recently competed against other Postsecondary Teacher of the Year state winners from Arkansas, Louisiana, Mississippi, New Mexico and Texas. With the regional title, Hicks will advance and compete against other regional winners for the national title at CareerTech VISION, the national conference for the Association of Career and Technical Education.

This award recognizes Hicks as an innovator and leader in his industry. He led the effort to incorporate technology in all aspects of the practical nursing curriculum at Meridian. He facilitated the transformation of the nursing curriculum to a digital format which increased student access to program resources outside of the classroom. He also implemented the use of iPads in the nursing program, which provided mobile access to classroom and clinical resources, and has been a leader in developing the use of manikin medical procedures within the CareerTech system across the state of Oklahoma.

The impact of Hicks’ work is a contributing factor of the success of Meridian’s Practical Nursing graduates. Program completers have scored above the national average for the last two years. Additionally, data from the last five years reflects that program graduates have a 98 percent NCLEX pass rate, 92 percent job placement, 93 percent employer satisfaction and 98 percent graduate satisfaction.

ACTE is the nation’s largest not-for-profit association, committed to the advancement of education that prepares youth and adults for successful careers. ACTE represents the community of CTE professionals, including educators, administrators, researchers, guidance counselors and others at all levels of education. ACTE is committed to excellence in providing advocacy, public awareness and access to resources, professional development and leadership opportunities. ACTE promotes merit in career and technical education by recognizing individuals who have made extraordinary contributions to this field, programs that exemplify the highest standards and organizations that have conducted activities to promote and expand CTE programs.