FAQ on the TIF

Proposed TIF: No Project Identified for an Area That is Already Growing

The Stillwater City Council is considering a proposal that is a blatant misuse of the Local Development Act.

The Act is to be used in areas that are “unproductive, undeveloped, underdeveloped or blighted areas.”
(Subsection C of Section 6 of Article X of the Oklahoma Constitution) 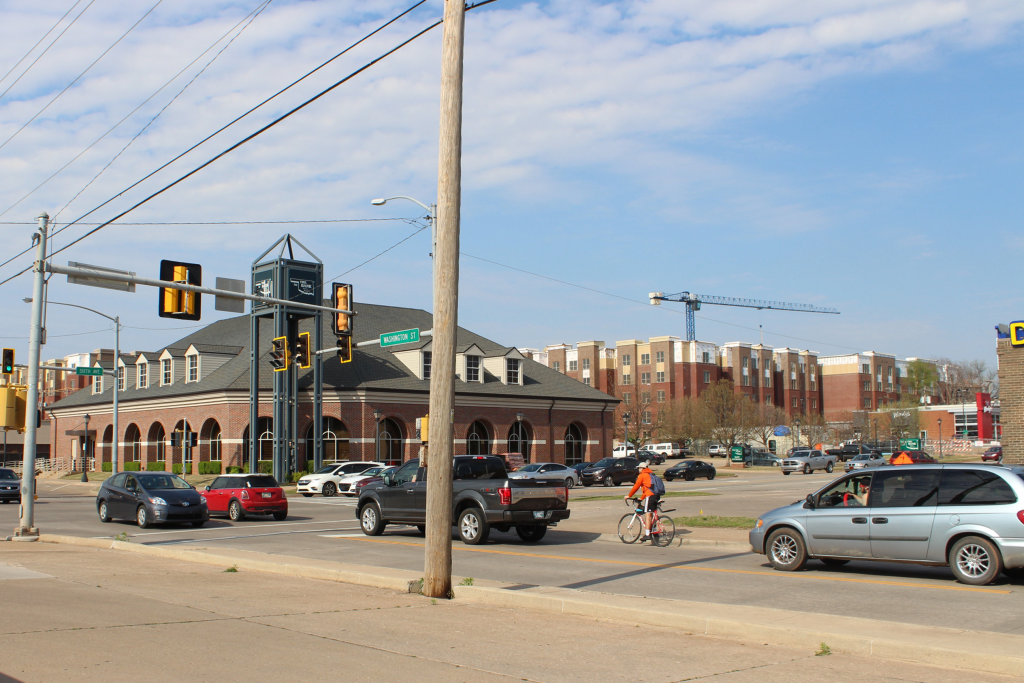 Photo taken at the corner of 6th and Washington showing a small part of the growth already taking place in the proposed TIF district, without the help of a TIF.

A Tax Increment Financing District (TIF) is a defined section of a community, up to 25%, that is created with the intent of stimulating economic growth. The area is created based on the assumption that without an infusion of public investment in an area, private development won’t occur. According to the Local Development Act, TIFs are to be used in economically depressed areas, blighted areas or areas where development will not occur but for the implementation of a TIF. Any growth in funds above the baseline tax at the time the TIF is implemented are diverted away from the taxing entities that normally receive the funds to the TIF district. 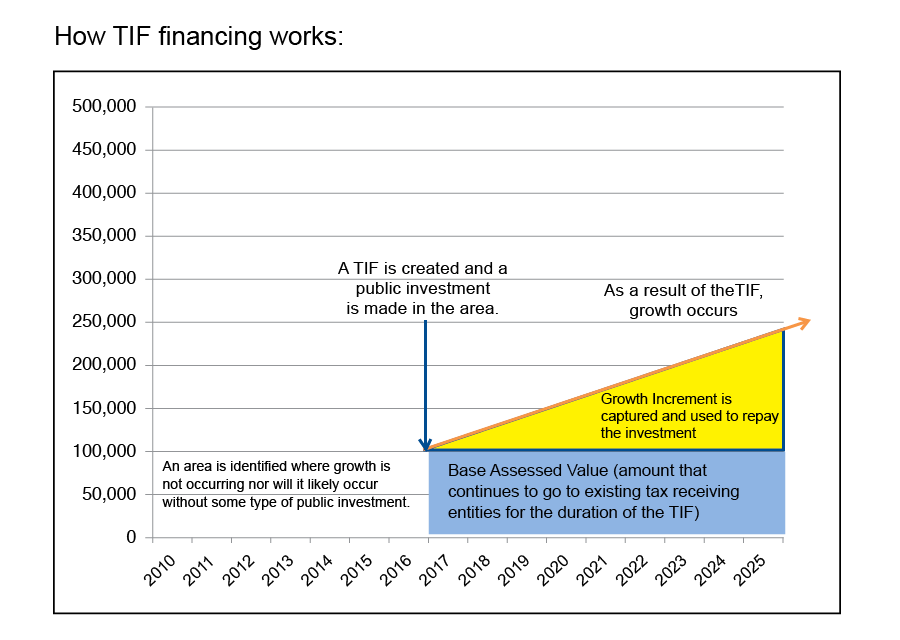 During a TIF, there will be no increase in funding for entities that rely on taxes for their operations. The increment, or growth, is used to finance the plan. This TIF would be in place until it reaches $32.5 million, an estimated 25 years, or a full generation of students. The plan does not provide detail of how the funds will be used to stimulate or cause new growth in the district.

The taxing entities that have relied on historical growth in budget planning won’t be able to keep pace with the cost of growth. 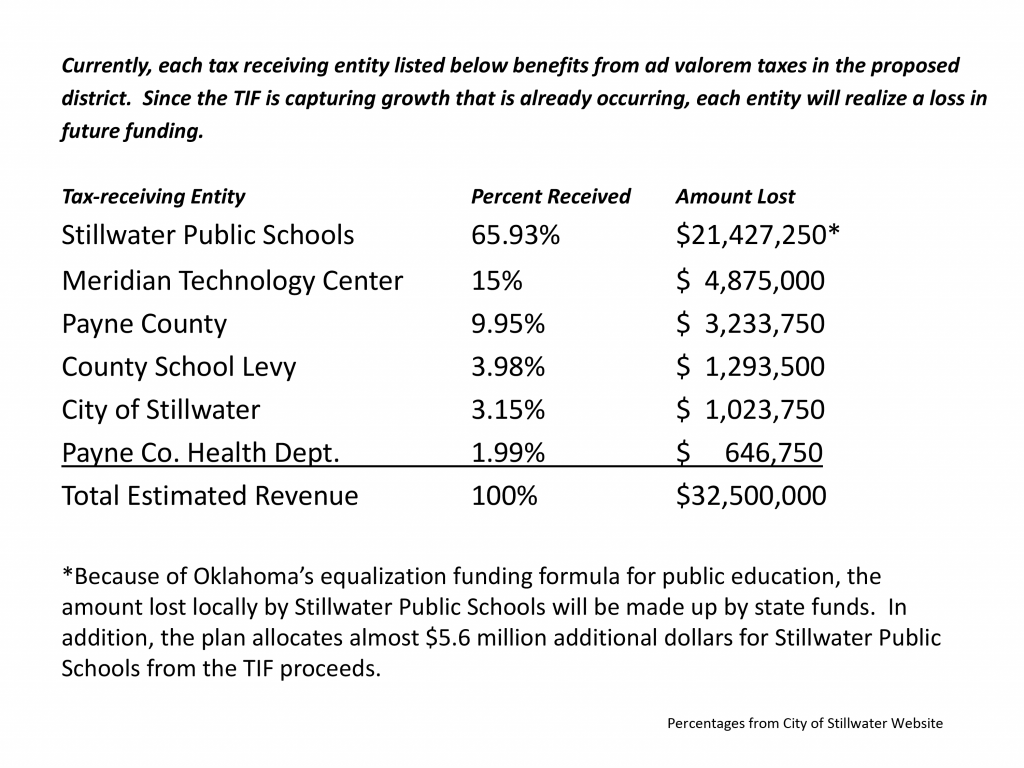 These figures from the city’s website represent the cost stated in the plan at $32.5 million and the projected impact to each entity. Meridian Technology Center, Payne County and the Payne County Health Department were not given the same consideration as Stillwater Public Schools and, thus, will suffer an even greater loss of funding if approved.

The impact to Meridian is almost $5 million in lost revenue as we work to make an impact in economic development and prepare students to enter the workforce. Every dollar matters with state funds on the decline. In the last 10 years, state revenue for Meridian Technology Center has been cut by more than 20%. 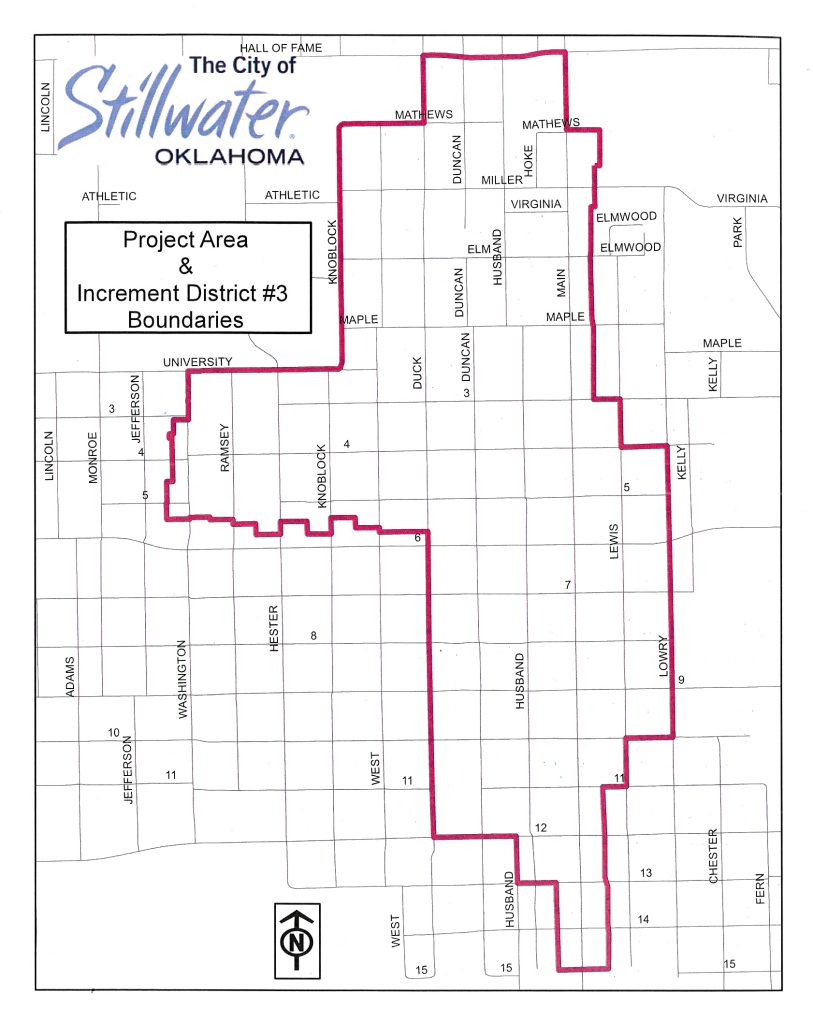 Proposed TIF Area Is Not Suffering, But Growing

Property value growth in the project area is outpacing most other areas of Stillwater. Since 2003 growth in the proposed TIF district has been 10.31% compared to 5.45% in the total district.

Developments in the area that have started or are planned: Avid Square apartments, Brookside, Midtown at OSU and Stillwater Lofts – each estimated to be valued at $40 million. These entities have not been added to the tax rolls. If the TIF is enacted before they are completed, the TIF will benefit rather than the organizations who should. These projects are NOT a result of the TIF. Learn more about the impact of those projects.

Meridian is the Educational Arm of Economic Development 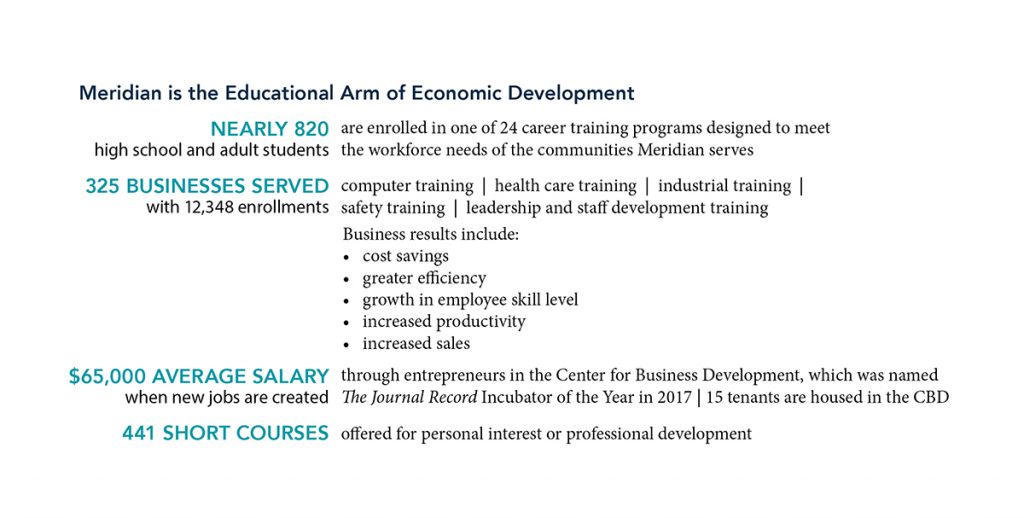 Meridian has been a partner in Stillwater’s economic development since 1973. All numbers are from the 2015-2016 fiscal year.